Tagged in: 5 years too late 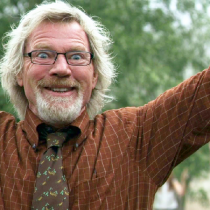 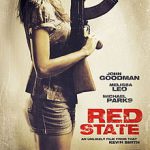 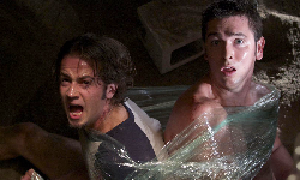 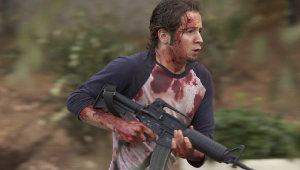 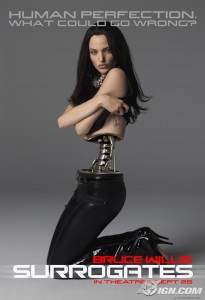 An interesting premise, a bankable lead actor, and a tight 89-minute running time should have made Surrogates better than it is. It’s hard to nail exactly what’s wrong with this film – it doesn’t honk in the way you expect turkeys to, and displays nothing outwardly bad. Yet for some reason, it just doesn’t fly. Which is a pity because there’s the makings of a nifty thriller here.

“Surrogates” takes place in a world where customisable robots take our place in the world while humans direct, feel and design them from comfy Captain Kirk chairs at home. You can make your surrogate look any way you like, and live vicariously through it. So dirty old men have hot female surrogates to get it on with other dirty old men who have hot male surrogates. 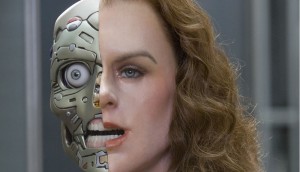 That’s the obvious advantage you have to show in the movies today – got to have the pound of flesh up on the screen – but elsewhere, for example, human cops are safe off of the street while their surrogates do the dangerous work. It’s a neat idea, and efficiently and plausibly explained in the film’s opening.

Brucie is FBI agent Tom Greer, and his surrogate has hair, natch (thatch?!), and a slightly plasticky looking skin, while real Bruce is the man we pay for: grizzled, bald, unshaven. Where everything goes wrong is when some baddies figure a way to destroy the surrogate and its owner at the same time. Tasked with investigating the killings, Greer’s surrogate gets wasted but he manages to survive. Stepping out into the real world for the first time in a long time, he is the human among the non-human.

“Surrogates” then becomes a relatively straightforward mystery that fails to advance beyond its single, repeated surprise – are you human or a surrogate?

Director Jonathan Mostow (“Terminator 3“) makes it all look good, and action sequences with the physically enhanced surrogates leaping and jumping are exciting to watch. Sadly, his writers (Michael Ferris and John Brancato, also “T3”), let him down. If only they’d had surrogates to pen this screenplay… oh shut up you fool.