LAST Tuesday found me in the John Bull pub watching the second leg of the Championship play-off game between Bristol City and Crystal Palace, hoping the latter could return from a 1-2 home defeat in the first leg. The quietish barman (but he always has time for the ladies, I have observed) served me a Guinness and, as he always does, switched the TV over to Sky so I could see Palace fail.
There were maybe half a dozen people in there, me the only football fan. It’s usually like that in the John Bull. Palace playing City was interesting to me not just because it would be great if the Eagles triumphed after such a dodgy start to the season, but also because City’s assistant manager, Keith Millen, was a childhood neighbour of mine. He lived around the corner, we played footie together, our mums got on and this, being the hard-pressed 1970s, clothes were passed on and handed down among families and friends. I, for example, distinctly remember getting a pair of Millen’s underpants. 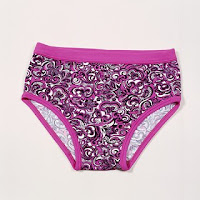 (They were blue. And even as a single-digit aged kid, I recall feeling a little unsettled at secondhand pants, but let’s not go there…)

I saw Keith on and off over the years as he tried out for Palace (got released), then went to Southampton if I remember correctly (got released again), before being offered a contract with Brentford, transferring to Watford after a good number of years, and finishing up at City.

He became someone on the outer, outer limits of celebrity, like most lower division footballers, I suppose. If Becks was the centre of Saturn, then Keith was probably dangling off the ring furthest away. That’s not a criticism, just an observation of the layers of fame. I’d see him from time to time on the telly or web and think, “Ah, that’s Keith. I used to wear his old underpants.” My mum would mention some tidbit of his life after she’d spoken to his mum. I’d probably barely recognise him if he walked by me now. He became a name, someone I could claim as an associate who carried a caul of achievement with him, which was more than me.

Back in the John Bull, and I watch as Clint Hill goes studs first into a challenge but wins the ball, getting a yellow card in the process. Millen’s off the bench, having a shout. Palace’s Clinton Morrison charges over. The pair handbag it. Morrison gets a yellow. Keith gets sent to the stands. I giggle into my Guinness, and start thinking about this blog. And I dredge up from my childhood memory a bizarre recollection, something shimmering in the hot, long summers one enjoyed as a kid when school was a long way both behind and in front, and August felt like three months, not one.

I remember, then, Keith Millen’s method for dealing with a full bladder when there is no toilet in the immediate vicinity.

The strange things one keeps. I never tried it, and wouldn’t now, but you might want to. Keith Millen said the way to ease this discomfort of needing a piss was to dance around like a fairy.

He demonstrated his art to small group of scruffy nippers with knees grazed from playing football in a cul-de-sac. I can’t remember if anyone else tried it. It doesn’t matter.

What does matter is my revenge. For, as you may well know, Palace clawed their way back into the play-off game, first drawing level but then missing a penalty that would have put us in the lead. City popped in a couple of beauts during extra time and the game was theirs.

I suppose City deserved it. But following football is about being petty. So even though we lost the game, I rest easy knowing Palace don’t mince when they need to wazz.